As the year is closing, we want to give you an update on what we are working on and which new and interesting things you can expect early next year.

You have probably read or heard the rumors about the desktop versions of Notebooks, but we have not yet posted an official statement. Now here we go:

You have sent us countless emails and requests for a desktop version of Notebooks over that past months, and we felt the urgent need for a companion app ourselves. So it was obvious that we needed to fill this gap, and in early 2011 we started working on Notebooks for Mac/PC.
We hoped to be ready for shipping in summer, but had to realize that it was impossible to repeat in a few months what took us three years on the iOS…
Now, almost a year after our decision, we finally feel ready for an extended beta testing phase, and if all goes well, the initial versions of “Notebooks for Mac” and and “Notebooks for PC” should become available in early 2012.

In its initial version, Notebooks for Mac/PC will focus on the core mission of Notebooks: creating and editing documents and keeping them organized. You will find a convenient environment for typing your notes or writing your books and articles, and you will have the freedom to create nested structures to your liking. Your documents remain in open and easily reusable formats: plain text or formatted HTML (you can either use the built in WYSIWYG editor or convert your Markdown document to formatted HTML). Of course you can also put other types of documents into Notebooks and make it your personal knowledge base.
Needless to say, you can pick up what you already have in Notebooks on your iPhone, iPod or iPad. The most convenient option will be via Dropbox: sync Notebooks on iOS with Dropbox, point the desktop version of Notebooks to your Dropbox folder, and have a direct connection between the two. You can do the same using a WebDAV server, and you can even connect directly to your iPhone or iPad through Notebooks’ WiFi sharing.
You can also use Notebooks for Mac/PC without its iOS counterparts and take it as a tool to conveniently organize and edit your documents on your computer. – Just try to point Notebooks at your “Documents” folder and see what happens…

This only gives a taste of what Notebooks for Mac/PC will be like. We will provide you with more details over the next couple of weeks. 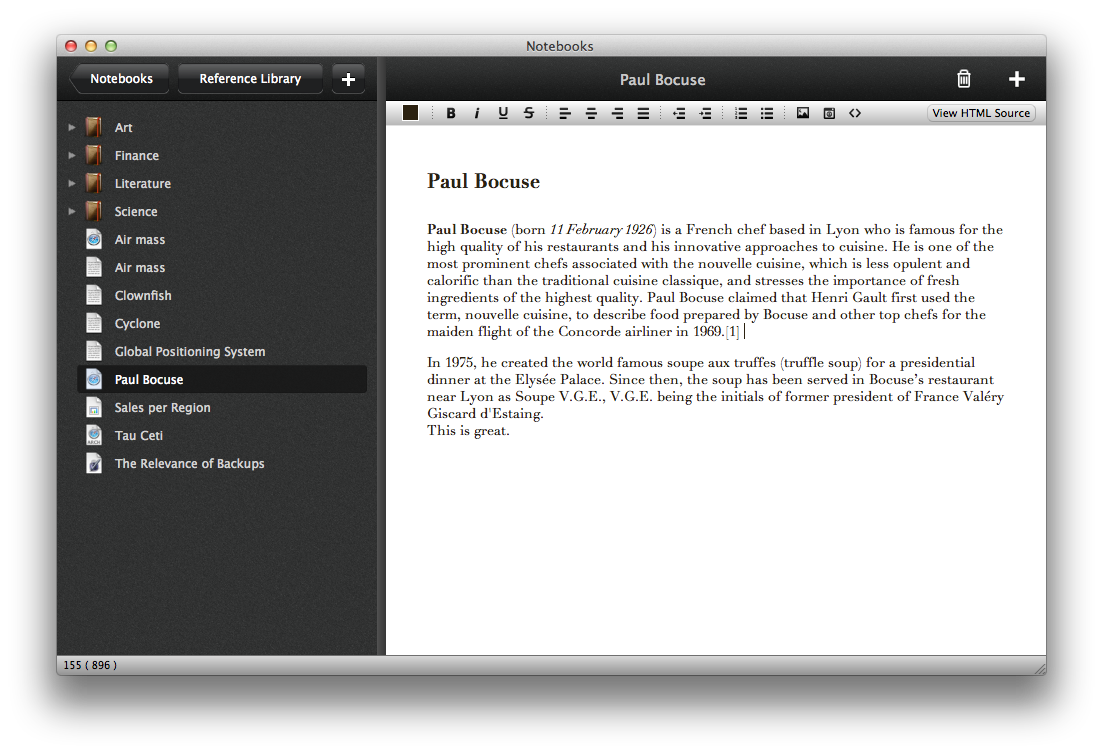 Notebooks for Mac: Work in Progress

Also planned for release early 2012 is Notebooks 5 for iOS (we skip 3 and 4 on the iPad to align the version numbers). Just two highlights: 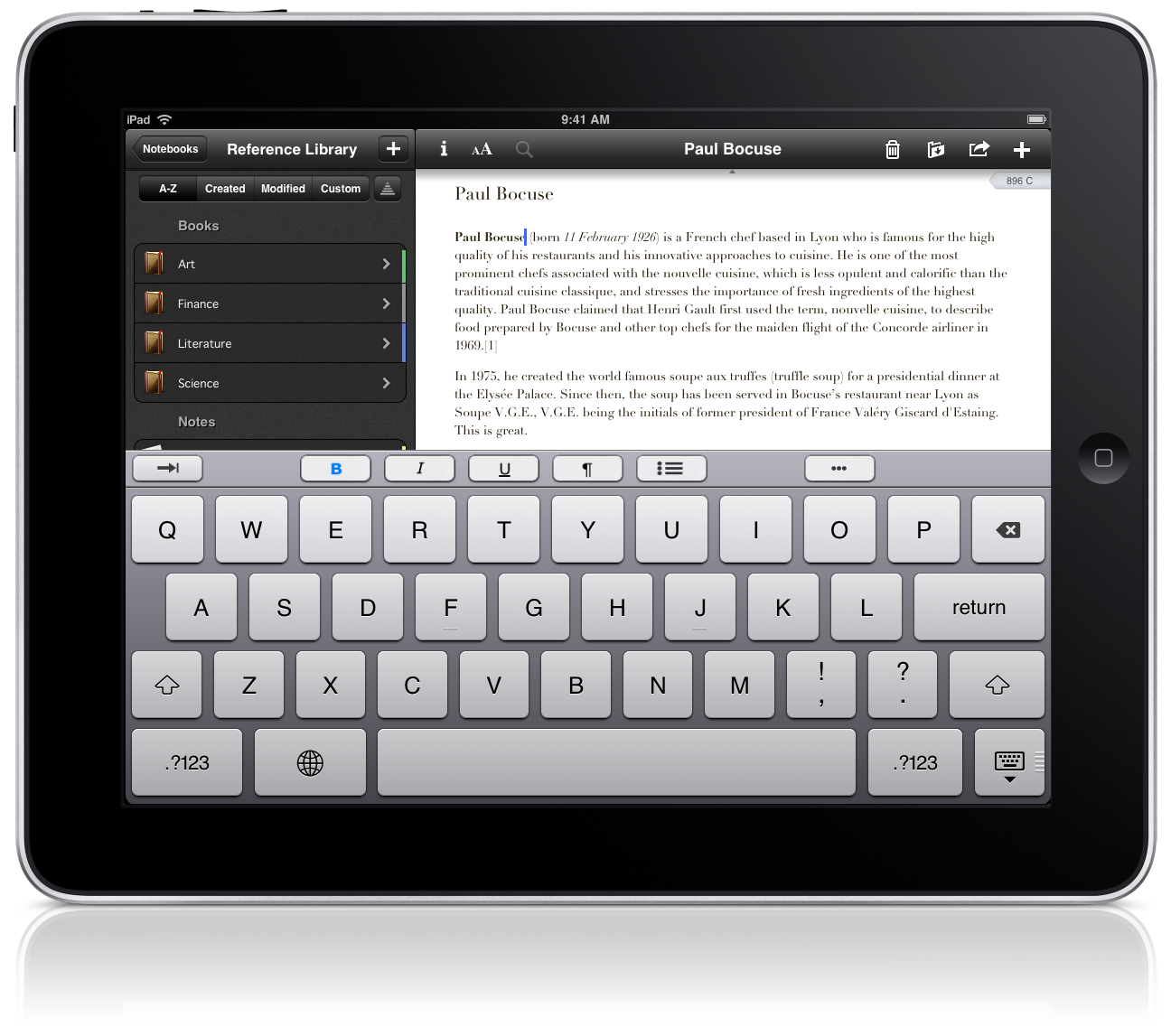 Notebooks 5.0 on iPad: Work in Progress

We hope these are a few things to be looking forward to, so we leave you with this outlook and wish you all