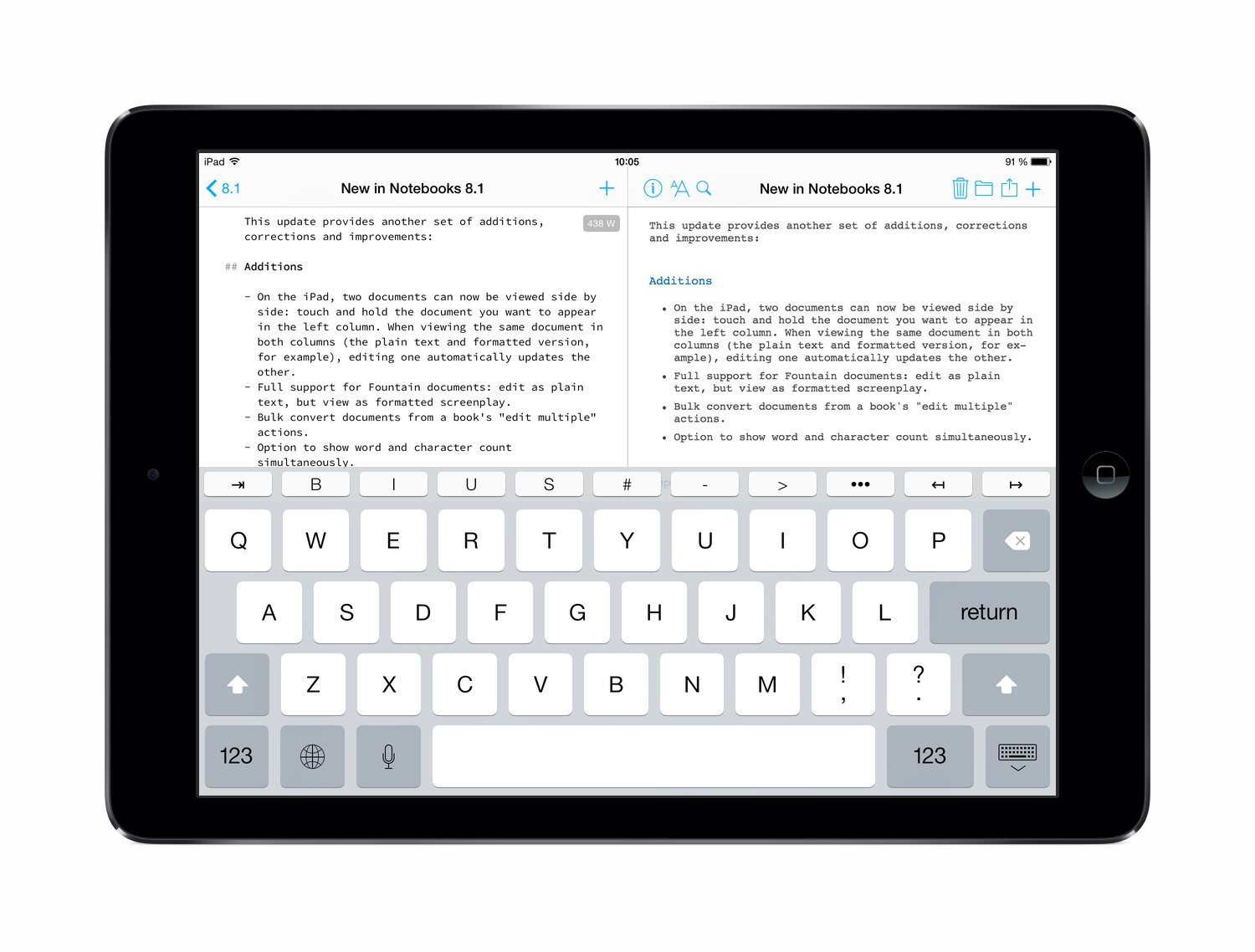 What should have been a bug fixing release actually became a minor update, so we directly jump from 8.0 to 8.1 this time. The main reason is the addition of the two up mode for iPads, which allows you to view and edit two documents side by side.

Apart form that, the update provides a set of additions, corrections and improvements:

Notebooks 8.1 for iPad and iPhone

9 thoughts on “Notebooks 8.1 for iPad and iPhone”