Notebooks 8.7 adds support for iOS 11, adds Drag and Drop capabilities and allows users to create documents, task lists and tasks through Siri. It also contains a couple of improvement and corrections – and even a few changes, made necessary by iOS 11. You find all the details below.

Support for drag and drop in iOS 11 is primarily targeted at iPads; while iPhones allow drag and drop within documents, iPads even allow users to move documents between apps. Here is a brief summary of what you can do in Notebooks: 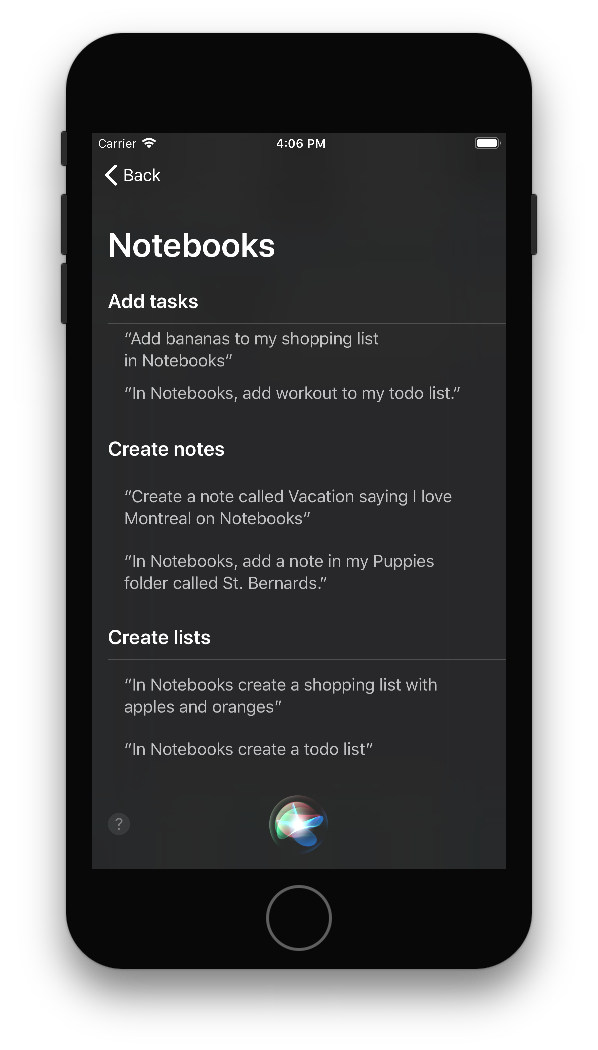 You can now ask Siri to perform certain tasks in Notebooks. This is what you can do:

When you specify a target task list, just mention its title; Notebooks will search its hierarchy for a list with that title and add the task.

iOS 11 adds a few gestures that interfere with some of Notebooks’ gestures, and consequently we had to change them. Here is what you should be aware of:

Notebooks 8.7 for iPad and iPhone Available on the App Store

6 thoughts on “Notebooks 8.7 for iPad and iPhone Available on the App Store”